Why a Facelift Goes More than Skin Deep 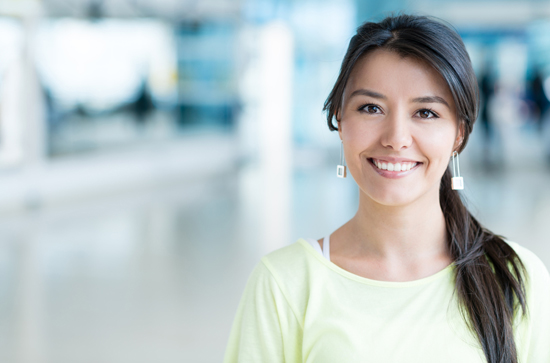 Why a Facelift Goes More than Skin Deep

Perhaps you’ve been considering a facelift, but you’re not sure if it’s right for you. To help you make your decision, it can be useful to step back and really think about the ways in which a facelift could improve your quality of life. Not only can a facelift erase exterior lines, wrinkles, and sagging skin, but it can also have a profound effect on the way you view your inner self.

Feel as Good as You Look

Most people are probably familiar with the old saying that you can only look as good as you feel, but as it turns out, the reverse is also true. Many studies have shown that your outward appearance can actually have a large impact on how you feel internally. Have you ever had a day where you were rushed to get ready in the morning, and then just never felt quite right throughout the day? That’s because things like your clothing and grooming actually affect the way you think.

Many separate research studies have found that changing your appearance actually triggers your brain to think in different ways. One study, performed by Abraham Rutchick, a professor of psychology at California State University, examined the psychological effects of formal clothing. Rutchick found that when wearing a suit or other formal clothing, people tended “to use abstract processing more readily than concrete processing.” (The Atlantic)

In another study, researchers found similar results. Some participants were given a plain white coat and were told it belonged to a doctor. Others were given the same white coat, but were told it was a painter’s. Those wearing what they believed to be a doctor’s coat “became more attentive, an effect that didn’t hold when they believed the garment was a painter’s.” (The Atlantic)

So when we look tired or sad, that influences how we feel. Unfortunately, the typical signs of aging generally add to that sad, tired impression, regardless of how one is actually feeling. Your “neutral expression” may be seen as a scowl. Conversely, when we look refreshed and bright, we in turn feel refreshed and bright. This is why getting a facelift can be so much more than a change on the surface. As research suggests, it can directly affect the way we think and go about our days.

In a similar way, getting a facelift can boost your performance at work. More men and women are turning to plastic surgery procedures to help their productivity and confidence in their work, according to the American Academy of Facial Plastic and Reconstructive Surgery. Just as your outward appearance can change your inner attitude, plastic surgery procedures that improve the way you feel about yourself can also improve the way you work. Researchers suggest that this boost in work performance is likely tied to the way plastic surgery can not only make you look younger and more energized, but consequently, it can also make you feel livelier and more youthful. (U.S. News)

Additional research has shown that your appearance not only affects the way you see yourself, but it also influences the way others perceive you. According to the  American Society of Plastic Surgeons, nearly 73% of the women studied “felt that a youthful appearance played a role in getting a job,” and recent research seems to have the evidence to back up this claim. Again, this goes back to the idea of feeling as young as you look. If you appear youthful and energized, those around you will assume that you are youthful and energized. (Forbes)

Why Choose Premier Plastic Surgery & Dermatology for Your Facelift Procedure?

Because the way we look has so much to do with how we feel, think, and act, choosing a plastic surgery procedure like a facelift can do wonders for your self-confidence and outlook on your career and life. A facelift can give you results that just aren’t possible with nonsurgical procedures, which is why it’s often such a popular procedure for those men and women who want to combat the effects of aging. A facelift can reduce or eliminate the appearance of lines, wrinkles, and sagging skin in the face, chin, and neck areas, resulting in a brighter, rejuvenated look. (The American Society of Plastic Surgeons)

If you’re considering getting a facelift, contact board-certified plastic surgeon Dr. Brian Heil of Premier Plastic Surgery & Dermatology. Dr. Heil is committed to answering any questions you might have about the procedure, and he would be happy to help you decide if a facelift is right for you. As a member of the American Society of Plastic Surgeons, the American Society for Aesthetic Plastic Surgery, and the Pittsburgh Society of Plastic Surgeons, among others, Dr. Heil is extremely knowledgeable and well respected in his field of expertise. To schedule a consultation with Dr. Heil, please contact Premier Plastic Surgery & Dermatology at our Wexford location at 724-264-3608.

Find Out What a Facelift Can Do for You

If you’ve lost self-confidence due to the appearance of wrinkles, lines, and sagging skin, you may be a great candidate for a facelift. As we age, it can be frustrating when our outward appearance doesn’t seem to match just how young and active we still feel on the inside. So if this sounds like you, contact Premier Plastic Surgery & Dermatology for more information about how you can regain a look that reflects just how amazing you feel.