Snapchat and Plastic Surgery: What’s the Connection, and Is It Ethical? 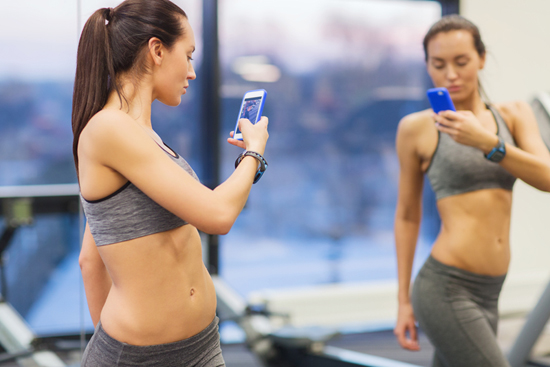 Snapchat and Plastic Surgery: What’s the Connection, and Is It Ethical?

“Dr. Miami,” aka Dr. Michael Salzhauer has taken the Snapchat world by storm. But what’s unique about his social media account is that it features real-life plastic surgery patients before, during, and after surgery. When these posts were flagged as inappropriate on other social media platforms like Instagram, Dr. Miami’s teen daughter introduced him to Snapchat, which allows temporary pictures or videos to be posted to your “Story,” which will then disappear after 24 hours.

Thanks to his Snapchat account, Dr. Miami has reached a level of stardom in the realm of plastic surgery, with a personal record of 1.9 million views on just one of these famous Snapchat Stories. But are there risks involved in portraying plastic surgery in this Hollywood-type manner? So far, the consensus is split right down the middle, and here’s why.

One crucial element of Dr. Miami’s Snapchat/plastic surgery gig is patient consent. Every person who is featured on his social media account has given their permission to be a part of his Snapchat session. In fact, many people–celebrities included–even book their procedure with Dr. Miami in hopes of appearing on one of his famous clips.

However, as the nature of any surgery can tend toward the graphic side, many of these mid-surgery Snaps may not be for the faint of heart. His social media account lets viewers in on the entire process of someone else’s breast implants, butt lift, tummy tuck, you name it (ABC News). But on top of intraoperative pics, Dr. Miami adds some of his own flair to each Snap. Sometimes, the surgeon is dressed in costume, ranging from a king to a cowboy, and other times, hip-hop music is playing in the background and he’s simply having fun.

If everyone featured in these “shock value” Snaps has provided their consent, then what could be the problem? Well, many of Dr. Miami’s peers think that the most dangerous aspect of this type of hype surrounding plastic surgery is that it could give millions of viewers a skewed perception of what plastic surgeons really do. The top three complaints voiced by other experts in the field are:

Is There Anything Positive about Social Media’s Role in Plastic Surgery?

While there’s been plenty of backlash against the famous surgeon, there are also those who feel that Dr. Miami may be doing some positive things for plastic surgery in general and for individuals considering it. These include:

Whether you’re a Dr. Miami fan or skeptic, the most important aspect of any cosmetic procedure is to work with someone who is reputable and with whom you feel comfortable. Your plastic surgeon should have experience performing the procedure you want, and should be able to custom-tailor it to meet your needs and goals.

At Premier Plastic Surgery & Dermatology in Pittsburgh and Wexford, our board-certified plastic surgeon Dr. Brian Heil has been rated in the top 10% of Pittsburgh plastic surgeons. His training, expertise, and attention to detail make Dr. Heil a leader in his field. If you’re considering plastic surgery and would like more information about your procedure, or to schedule a consultation with Dr. Heil, please contact us at 724-264-3608 and we would be happy to assist you.