With today’s technology, lasers are everywhere. The term laser is actually nothing more than an acronym for “Light Amplification by the Stimulated Emission of Radiation.” Laser therapy describes any treatment using precise cohesive or “collimated” beams of light to heat, cut, burn, or destroy tissue.

Lasers are popular in plastic surgery and dermatology offices because they may be used to treat any of the following:

What are the Differences Between Ablative and Non-Ablative Lasers? 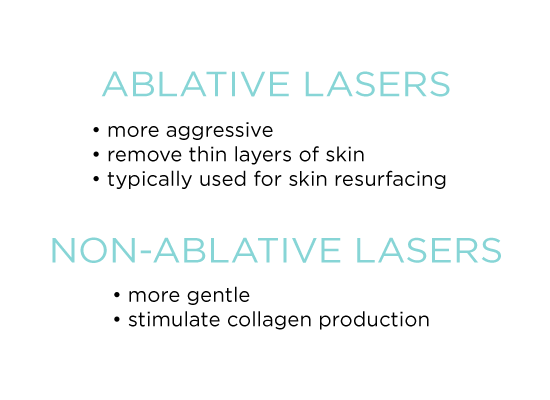 Each source of energy for the different lasers produces a specific wavelength of light which aims for different targets and can be varied in intensity and pulse length, depending upon the needs of the patient. Shorter wavelengths are used for more topical concerns, like fine lines and crow’s feet, whereas longer wavelengths are used for deeper defects in the skin, such as age spots and deep cutaneous lesions.

Why the Halo by Sciton is the Newest and Greatest Laser 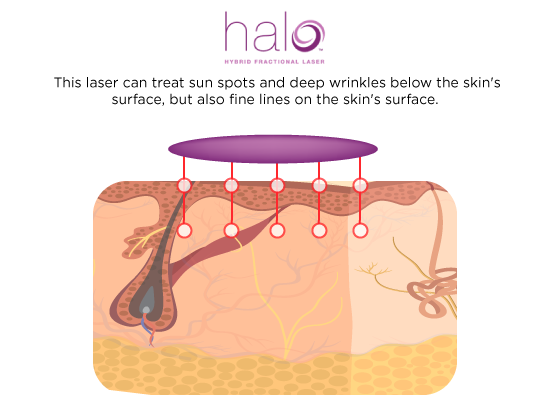 The Halo by Sciton is the first non-ablative and ablative hybrid laser in one. This laser can treat sun spots and deep wrinkles below the skin’s surface, but also fine lines and fine lines on the skin’s surface. Previous lasers couldn’t effectively remove this damage, because the treatment was either too shallow or too deep. Halo eliminates years of damage by precisely targeting the right depth. Halo restores the luminous glow you had when you were younger.

According to Renee DiMatteo, marketing director at Premier Plastic Surgery & Dermatology, “We pride ourselves in having the most state-of-the-art technology. The Halo by Sciton is the Rolls Royce of lasers. When execute properly by a skilled provider, patients have exceptional results. We stand 100% behind the Halo by Sciton.”

What to Expect with Your Halo Laser Treatment

Typically, about 3 treatments are needed for significant results with the Halo by Sciton. During a laser procedure, studies show the collagen structure of your skin may contract by as little as 1% or up to 25%, depending on which type of laser is used. Stronger treatments can last longer up to 18 months or longer. 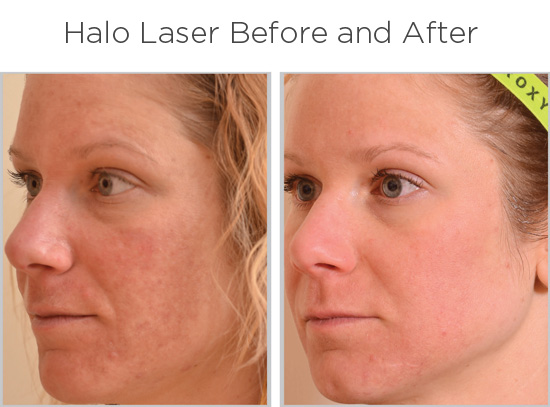 Ablative lasers require the most healing time, but with a hybrid ablative and non-ablative laser like the Halo by Sciton, you generate similar results with much less downtime! The results may be dramatic and long-lasting after at least three treatments.

No matter the type of laser, it is important to find a well-trained, board-certified plastic surgeon or dermatologist that you trust rather than to just look for a specific brand of device. Your healthy recovery is as dependent upon how your doctor handles the laser as the type of laser used. We recommend contacting us at Premier Plastic Surgery & Dermatology today!