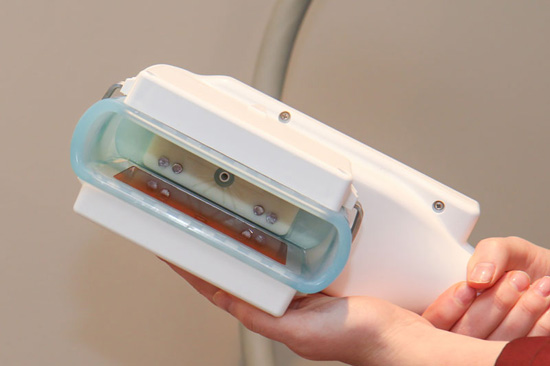 CoolSculpting™ is an innovative way to contour your body by freezing unwanted fat away. Requiring no surgery or downtime, CoolSculpting™ is a unique, FDA-cleared advancement. With over 2 million CoolSculpting™ treatments performed worldwide, people everywhere are considering CoolSculpting™ as an alternative or addition to liposuction, laser lipolysis, ultrasound or radiofrequency assistance.(1)

CoolSculpting™ was developed by parent company Zeltiq® in 2005. The technique was developed by dermatologists Drs. Dieter Manstein, MD, PhD, and R. Rox Anderson, MD, at the Wellman Center at Massachusetts General Hospital in Boston, a teaching affiliate for Harvard Medical School.

The idea actually came from the effect of cold on children’s fat: When they eat too many popsicles, they develop cheek dimpling. Interestingly enough, this dimpling has a clinical term: popsicle panniculitis! It was also noted newborns with hypothermia develop panniculitis (fat inflammation). (1)

Why Coolsculpting Works on Fat 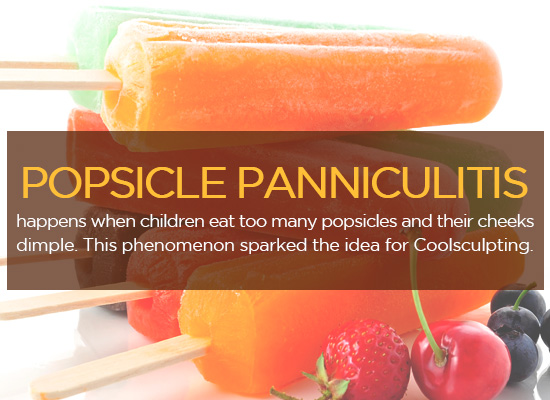 CoolSculpting™  causes apoptosis in your fat cells; dead fat cells are then flushed out by the lymphatic system. Apoptosis is a complex process of programmable cell death. While it sounds scary, it is not harmful to you.

Fat cells are more sensitive to cooling than skin, muscle, and nerve cells.(1) But more important than the temperature reached is how fast it’s reached. The people at Zeltiq® use the term Cooling Intensity Factor, or CIF, a numerical value which measures the rate at which heat is drawn away from the treated area. The heat is drawn away from the area in a controlled manner that ensures only fat cells are affected, which creators termed “selective lipolysis”.(3) Cooling breaks them down in apoptosis, which in turn leads to the release of inflammatory mediators and the attraction of inflammatory cells.

These inflammatory cells help the body clean up dead fat cells. The fats, or lipids, once contained inside the cells are eliminated through the lymphatic system.(1) This happens gradually over the course of the two to four months following the procedure, leading to decreased thickness of the fat layer. Because the process is so slow, there is no risk of a sudden increase in blood lipid levels or affection of liver function.(4)

At Premier Plastic Surgery & Dermatology, here is the recommended process for CoolSculpting™:

The treated area becomes red; this usually disappears by the end of the day.(1,2)

Is Fat Reduction the Same as Weight Loss? 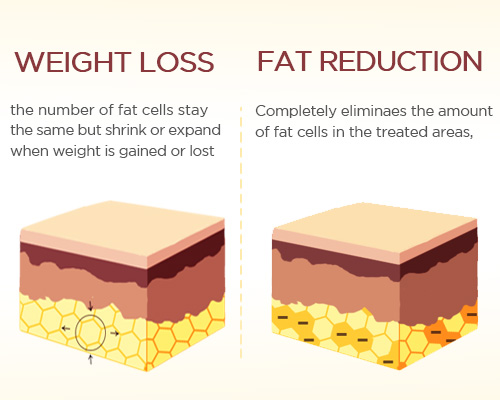 It’s a common misconception that weight loss and fat reduction are the same thing. They’re not.

However, the CoolSculpting procedure actually reduces the number of fat cells in the treated areas. Obviously, fat cells that are no longer there can’t get bigger.

With the CoolSculpting procedure, once treated fat cells are eliminated, they are gone for good. Whether or not you weigh less, you’ll be thinner and your clothes will fit better, feel better, and look better.(5)

CoolSculpting™ is an innovative procedure designed to contour your body by freezing unwanted fat away with no surgery or downtime. With over 2 million CoolSculpting treatments performed worldwide and very few side effects (redness and temporary numbness), it is a non-invasive, safe, FDA-approved procedure that will help to get rid of stubborn fat deposits and unwanted inches!

The sooner you set up your consultation, the sooner you’ll see results in the mirror—in those areas that have resisted all efforts through diet and exercise. Talk to a provider today at Premier Plastic Surgery & Dermatology to find out if the CoolSculpting fat freezing procedure is right for you!