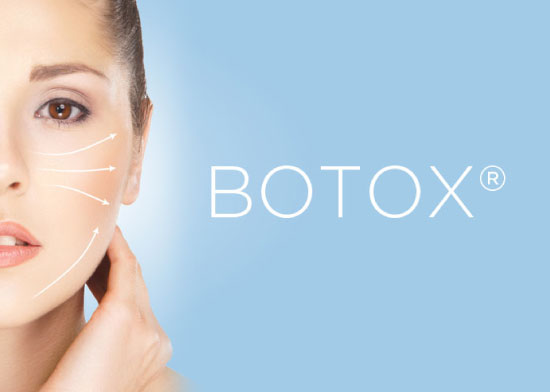 Botox ® is one of the most well-known and sought-after cosmetic procedures. According to the American Society for Dermatologic Surgery, there are nearly 1.2 million neuromodulator procedures each year (ASDS). It is currently approved in over 70 countries, and is used for non-cosmetic conditions such as starbismus, blepharospasm, hyperhidrosis, poststroke spasticity, back spasm, and headache — a lot more than just wrinkles and expression lines!

How Does Botox® Work? 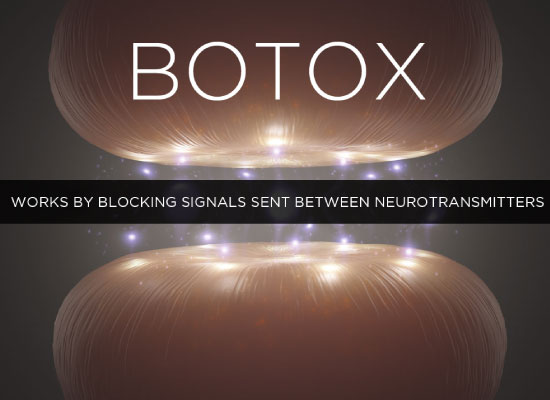 Onabotulinum toxin A is the generic name for Botox®. It is a purified protein derived from the bacteria Clostridium botulinum.  Botulinum toxin is a well-known injectable agent that treats frown lines and wrinkles. Dermatologists and plastic surgeons are able to smooth facial muscles by injecting the toxin into eyebrows, foreheads, outer corners of the eyes, the upper lip, corners of the mouth, and neck to reduce frown lines, crow’s feet, and other common wrinkles.

Botox® works by weakening facial muscles that frequently contract during smiling or frowning. Botox® cleaves a particular protein needed for neurotransmitter release, not allowing the neurotransmitter to bond to cellular membranes. This stops it from causing muscle contractions (Cosmetic Dermatology).  By blocking muscle activation between the nerve and the muscle, creases are not permitted to form on your face, which allows your existing lines to slowly fade or disappear completely.

Where is Botox® Most Commonly Used?

It is commonly used between the eyebrows, on crow’s feet, horizontal forehead lines, neck lines, melolabial folds, and other hyperkinetic facial lines.

If Botox is a Part of a Toxin, Can It Make You Sick?

Because it is the piece of protein, and not the bacteria itself, it can’t generate more toxin in your body and make you sick.

What are the differences between Botox®, Dysport® and Xeomin®?

Botox® has been around the longest and is the most established of the relaxants.

When is the Right Age to Start Botox®? 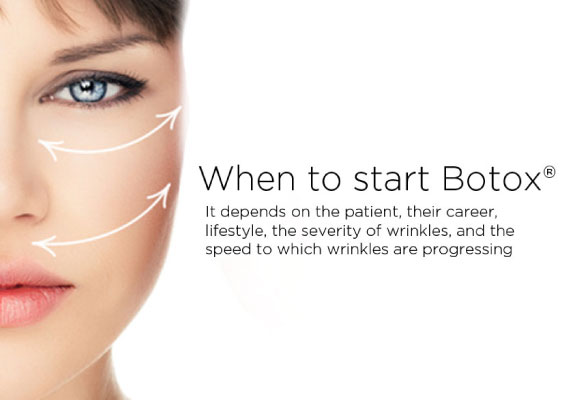 Ever since Marcia Cross, formerly of ABC’s Desperate Housewives, admitted to using Botox® since her 20’s, the internet has been ablaze with buzz questioning “how young is too young for Botox®?”  While some dermatologists often start their celebrity patients on Botox® at age 25 as a means to prevent expression lines from deepening or even forming, the honest answer is that it depends on the patient, his or her career, lifestyle, the severity of his/her wrinkles and the speed to which these wrinkles are progressing. We recommend you come in to Premier Plastic Surgery for a consultation with a dermatologist.

Will Botox® Cause Side Effects?

Bruising or swelling may occur. Botox® is injected with very small needles.

Experience of your dermatologist or plastic surgeon can make a significant difference in the amount of bruising you will experience. The amount of fluid injected influences swelling and is largely determined by the physician. The way the fluid is injected can also affect how the fluid spreads in your facial tissue. This affects how much swelling or lumpiness occurs as the diluent saline is absorbed into your skin.

Bruising occurs if a small blood vessel is poked during the treatment, which will disappear within a few days.

Other side effects are rare, and include soreness at the injection point, headache, or drooping eyelid (ASDS).

Can Botox® Be Used with Other Treatments?

Botox® is often used in conjunction with fillers.

Please set up a consultation with one of our dermatologists today!